“Private schools should be left autonomous” 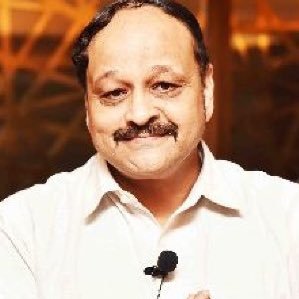 As part of our series to elicit the views of Principals on the issue of education, Saurabh Saket interviewed Mr Mukesh Shelat, Principal, Delhi Public School, Varanasi. Excerpts from the interview.

Please tell us about your background and your school.
I hail from a business background in Chennai. I moved into the profession of teaching by choice. My father got very upset when I chose a career in teaching as he wanted me to look after the family business. I was offered a principals’ job at an age of 28 and he has been very supportive since then. My current school is around 20 years old and is affiliated with DPS Society, Greater Kailash, New Delhi. DPS Varanasi is among the topmost schools of not just Varanasi but the whole Purvanchal because of its holistic educational programme and academic results. In the past two years of corona pandemic, DPS Varanasi has very well amalgamated the online and offline mode.

Are you satisfied with the existing system of school education in the country?
No, I am not at all satisfied with the present system. The system needs to change. We need to get back to our basics which were the highlights of ancient Indian education system. Pre-British era, where we were grounded to our culture. The concept of peace and education and sustainable development goals, which is talked about now by western countries, were a part of Indian education system long ago. Takshila and Nalanda are best examples of our education system and were leveraging technology. The pattern of assessment for the students also need to change. We have to work on learning styles which cover multiple facets of the children, not just the IQ.

Is it not the duty of the government to control and regulate private schools so that they do not exploit the poor ?
I don’t think so. The government has made a mess of the Sarv Shiksha Abhiyaan – the money allocated for the programme hasn’t been used well. The condition of the government schools are pathetic and this the reason RTE was launched and that responsibility has now gone to private schools. I firmly believe that private schools should be left autonomous. There would be some black sheeps in the herd but it all depends on the consumer whether he wants to use the service or not.

What is the role of RTE in education?
It’s a brilliant idea, very well thought out but the devil is in the details. We have been running this programme in so many schools now but it can be easily found out that the deserving candidates are left out and they don’t even come to the schools. People with a good pull with the officers or the government get their children into these school and not even 10 percent of the deserving students get a chance. The children for whom this programme was meant is still suffering. This programme, if well executed, would help the children being compassionate and empathetic towards each other and fulfil the idea of India and Bharat at one go. But, unlike most of the schemes of the government, this also seems to get the sprinkles of corruption with passage of time.

What is the biggest challenge to the vision of a fully educated India?
The current education system. Our prime minister is now actively talking about a lot of skill development learnings and not just literacy. This will help establish a better education system in India. The other challenge is to bring students to the class and help them learn application, skill and competency based processes, help them learn things which they are going to actually practice in their real life. There is a mismatch between what we teach and what challenges the students actually face in various professions.

How can we improve education system in the country?
This can be done through relooking at our entire education system. I’m thankful to the government for the new National Education policy which has been a good move but if not properly executed, it will stay confined to the papers. There is a lot to be done and moved in a right direction but primarily the NEP should be followed in letter and spirits with full force.

No comments to show.

“Private schools should be left autonomous” 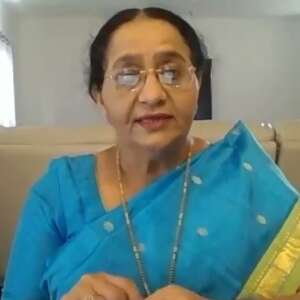 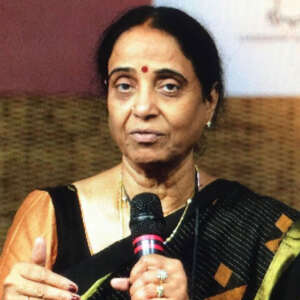 “Access to good education is the birth right of all children”

An experienced marketing manager< Prateek has a demonstrated history of working in the education management industry. Prateek is skilled in sales, delivering educational seminars, account management, and business development. A strong sales professional, Prateek has a PGPM focused in international business and marketing from Asia Pacific Institute Of Management Studies, New Delhi. His interests include listening to podcasts and hiking.

Proficient in communication, Ruchi’s connect with school leaders for providing educational solutions dates back to more than thirteen years. Currently pursuing Diploma in Yoga and Neuropathy, Ruchi has M.Sc, B.Ed, MBA degrees in addition to Diploma in Environmental Science. She has worked for some of the best wellness and educational organisations such as Daswani classes, iProf Learning Solutions, Richfeel, Arihant Group, Scholastic India, Aakash. Being a part of Shoolini’s outreach team helps her active practice of meeting new educationists and academicians. Her expertise in health and wellness makes her the team’s inhouse expert. It’s her passion to guide others on fitness.

An explorer at heart, Shashank has been an enthusiastic professional in building fabulous relationship with schools and catering to their educational needs for the past ten years. Born and raised in Prayagraj, Uttar Pradesh, Shashank has completed his management degree from Saraswati Institute of Technology and Management, Lucknow. He has worked with some prestigious organisations in the country before joining Shoolini University as Manager, Outreach for Uttar Pradesh and Jammu & Kashmir. He loves to explore new places and meet new people and during leisure hours, loves to play cricket with his kids.

A scientist with an artistic bent, Narendra is a strong advocate of self-awareness. He views cultural training and soft skills as essential elements of learning. As a biotechnology professional, he has contributed to the clinical development of vaccines and biopharmaceuticals. He was the head of R&D at Biocon and held leadership positions at Amgen and Merck Vaccines. He paints, plays tabla and flute, publishes blogs, and even delivers TEDx Talks. He believes in compassion, humility and giving back to the community.

A researcher, writer and strategist by profession, Sreerupa, has been associated and worked with key stakeholders of the education sector in the last 13 years. She started her work life exploring and researching on the education scenario in the remote areas of India, functioning closely with the government. Later, she started 3 educational magazines to initiate discussions for a futuristic India rich in learning. Her journalistic writing involves education policy analysis and global education systems. She has been invited to multiple institutions and events to speak on education policies in India, corporate associations with academia for a holistic system, study abroad and so on. She has guided and counselled engineers and B-school graduates for a prospective career.

She loves travelling and understanding socio-economic scenarios across India and the world.

At present, she heads New Initiatives of Outreach in Shoolini University.

A storyteller, a mother, a born teacher—Shikha is the eternal giver. She loves to work with children in creative endeavours. She likes to build connections with the young and the old. She has a master’s in sociology from Punjab University and holds a PG diploma in Health, Family Welfare and Population Education. A successful social entrepreneur and a much sought-after tutor, she has conducted workshops for students, parents and teachers to improve academic performance. She is currently the Head of Outreach at Shoolini University.

A dynamic and daring person, Avnee is a champion of education. She is the vice-president and head of financial aid at Shoolini University. Her infectious zeal and empowering vision make her a great leader and motivator. She has worked with top global consulting firms like PwC and Marsh India. After proving her mettle in the financial sector, she employed her skills to advance knowledge. Her open-handedness and empathy have added social good to Shoolini’s noble cause. An ardent dreamer, she is ever ready to scale new heights.

A man with a wealth of wisdom, Vivek is a guiding light for this social mission. He is an author, advisor, mentor, motivational speaker, columnist, visiting professor, and a former IAS officer. He speaks regularly on the nuances of leadership, life and interpersonal skills, calmness, good governance, emotional intelligence, etc. He has inspired thousands of youngsters to adopt a positive and holistic approach towards life. He demonstrates the reach, resonance and transformative potential of great ideas. He is a founder of the Suvichar think tank and Vibrant Networking Forum.

A diehard socialist, Atul is on a mission to change lives. He is the founder, president and pro-vice-chancellor of Shoolini University. He brings out-of-the-box thinking to the field of education. He drives new initiatives at Shoolini—starting innovative academic programmes, incorporating new methodologies of pedagogy, and building cutting-edge education technology platforms. He has cut his professional teeth at McKinsey and Oliver Wyman. His strong values, substantial experience and sheer energy have taken Shoolini from strength to strength. He is truly invested in the future of young India.